I wrote some months ago about our decision to sell the dream house (“the New Old House“) we built in Indiana in order to spend our summers on the beach in Michigan and the rest of the year in North Carolina near family.  For reasons that I guess you will just have to trust me on, we also felt that we were walking in God’s will for our family to make this move.  It was a path He slowly revealed to us over the first 8 years of our marriage.  Yes, this means 2 houses (although one a very modest summer cottage)-2 towns, 2 churches, 2 sets of friends, 2 sets of doctors, 2 sets of silverware, 2 of well, everything.  If reading that last sentence makes you want to take a two hour nap, I am with you.

We sold our New Old House in Indiana almost 2 years ago and we have been on this crazy journey trying to put down roots in 2 brand new areas ever since.  Now with a 2 year-old and a 2nd baby on the way, we are starting our search for that 2nd house in North Carolina (to partner with our Michigan beach cottage).  We are exhausted.  Times 2!

This may be a weird post.  I feel like I can’t write about where my heart is right now without telling you geographically where we are and a little bit about this journey.  Stick with me for a bit?

When we sold the New Old house in Indianapolis, we rented a house, also in Indianapolis, for almost a year and saved money like crazy people.  We paid $500 a month in rent and that included utilities.  It was a God-given opportunity, right down to the kitchen window.  Friends and family may have thought we were insane.  Dave Ramsey would have been mighty proud.  I believe that Jesus was.  I believe that He cares about the tiny details and that He showed up, right there in my pea-sized kitchen to say, “yes, beloved, you are in the right place.” It was a big life style change for us.  The house was about 1/4 the size of what we had been living in (we sold probably 70% of our furniture and possessions before moving because they weren’t really worth enough to pay for moving, a storage facility for 12 months, then moving again).  I traded my prized 36″ professional grade range for a kitchen the size of a shoebox that didn’t have a garbage disposal.   I won’t lie, there were times when it was hard but for the most part I was busy being a new mom and excited about the future and looking back we have a LOT of wonderful memories from that year of renting.  We knew that God was with us. 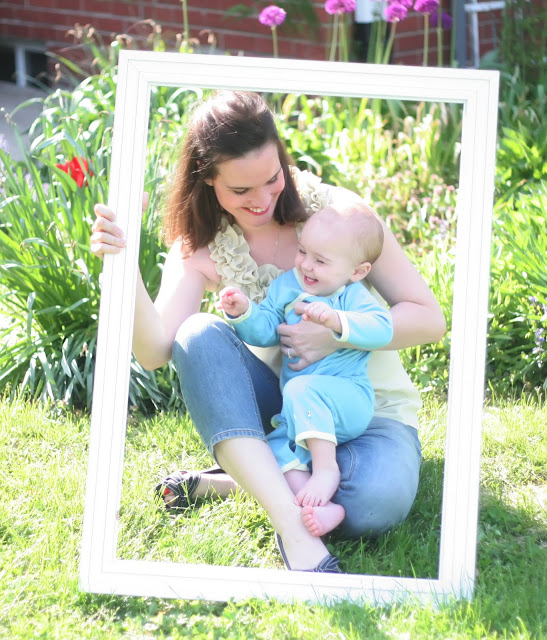 When we sold the New Old House, Mr. Marvelous had a job as an engineer with a production company in Indianapolis.  Of course to achieve our dream of living in North Carolina with summers in Michigan, he was going to need a job where he could work entirely from home.  We had no idea what that would look like.  We would lay awake at night and toss ideas around in the dark.  We prayed together.  Call it blind faith but we just knew that something would happen and that God would open doors.  He did. Six months into our year of renting in Indianapolis, Mr. Marvelous started a new job that was entirely home-based.  He worked both jobs for several months.  It was HARD.  He would be gone all day at his “regular” job and then he would come home and shut himself in his office to learn and work his new home-based position.  I was at home all day with Wynn, then a baby, and it was super hard to not have my husband’s company or help during those evenings.  I think I worked as hard as he did.  Maybe harder.  We both worked and prayed and sacrificed.

After a year in the Indianapolis rental (that would be last summer), we felt comfortable moving forward, literally, on the next step of our journey.  Mr. Marvelous quit his full-time engineering job in Indianapolis (where he had been for 8 years, had a very comfortable salary, 401(k) with company match . . . in other words, BIG GULP!!!!)  This step was a huge leap of faith.  About a week before he gave his notice, we watched the movie The Pursuit of Happyness, where Will Smith’s character isn’t able to get his pre-school aged son into a homeless shelter and they end up spending the night on the floor of a bathroom in a subway station.  I cried along with the poor father in that movie and told my husband that maybe we were making a huge mistake!!??  Of course, we did press forward but the fear was real and we fought through it.

It would have made logical sense to buy a “year around” house in North Carolina before buying a summer vacation house in Michigan, but the beach cottage was so affordable that it actually cost a good deal less to buy than to rent near the beach for 6 weeks.  In fact it cost less than than continuing to rent for $500 a month in Indianapolis, if that tells you something!  Also, this allowed us to take on a tiny mortgage with a new job and salary.  So we bought the beach cottage and left Indianapolis last July, headed to Michigan and started renovating and playing on the beach.  It really was a dream come true.  Although to be honest, we were broke.  Tan, but broke. 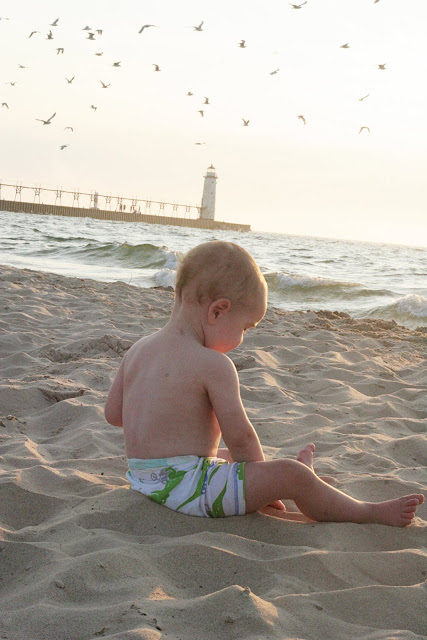 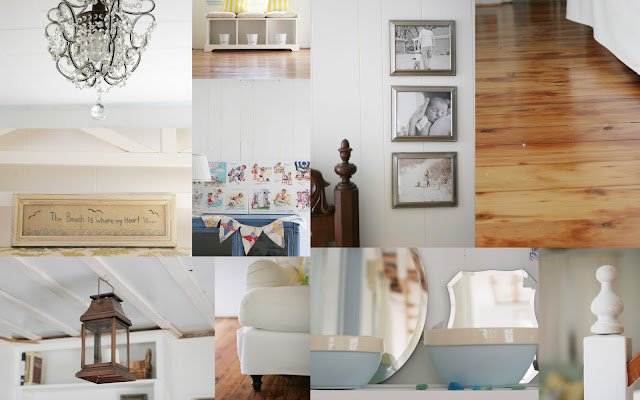 Eight months later and blessedly financially secure, we are in the final stage of this journey of ours and ready to search for a “year around” house in North Carolina.  We left our Michigan beach cottage two weeks ago and drove to NC.  We are renting yet another house for a few months while we house hunt and, once again, get our bearings.

I’ll be honest with you.  I am bone-tired.  Pregnant and emotional.  I am lonely and miss having friends.  Like with every other step in this long 2 year journey, I am questioning what the heck we are doing.  Our first night in our rental house in North Carolina (that would be a few days ago), I was homesick.  For which home, I couldn’t really tell you.  Wynn was asking over and over to “go home” and I swallowed down the lump that threatened to form in my throat and told him over and over in my most assuring and soothing voice, “we are home, my darling.”  Yes, sometimes I question why we are doing what we are doing.  But then I remember why.  Jesus stood on top of the water and reached out His hand and invited me to get out of the boat.  The boat was secure, normal, full of other peers.  It felt safe.  But I didn’t want to settle for safe.  I fell in love with a Savior who whispered sweetness in my ear and I wanted to go with Him and know what it is like to walk on water. 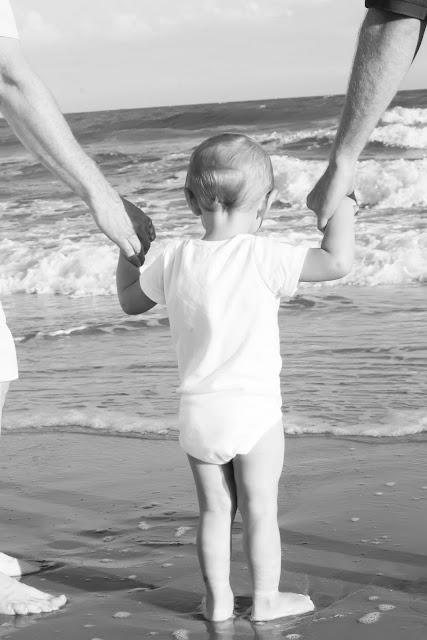 I didn’t want to just live life, but live it to the full.

“I have come so that they may have life and have it to the FULL.”
-John 10:10
I am sharing all of this tonight to assure you that life is not always easy, even when you are following Him.  Surely we don’t need to look further than Jesus himself to know that this is the case. But know that He, who suffered the most, is seated at the right hand of God the father and is interceding on behalf of those who love Him.  {Romans 8:34}

via
Someone once left me a blog comment asking how a person knows when they are following God’s will and asked if it is because “everything falls into place.”  I would say that is not the case, because it isn’t that simple.  Jesus, to me, is not a religion but a relationship.  I hear from Him because, like other relationships, I communicate with Him.  I talk to Him through prayer and He talks to me through the love letter He left for me (the bible).  I also know that he whispers to me, inaudibly, through the Holy Spirit, in a way that is so powerful, there is no questioning it.  For me, this is rare, but it does happen.  God told me that I was going to marry my husband before I had fallen in love with him.  He told me when my first baby would be born, months before he was conceived.  I believe He spoke to me and told me to follow Him on this journey and to be obedient to my husband.  I know that might sound weird to some of you, but pray to God and ask Him to whisper to you in a way that makes you believe.

via
Tonight I am tired and a wee bit travel-worn. So I will call on Him and trust he will show me great and mighty things I otherwise would have missed.  I don’t know what God wants to do with my life in North Carolina, but I trust He will show me and that it will be something that matters.
I pray that tonight, my journey, His message, and my life will matter to someone who is reading.